Interpreting Energies from the Inner Mind

In Japan, Kuan Yin is known as Kannon.  For centuries, the same quest that brought the Greeks to the Temple of Asclepius, draws pilgrims to Kannon’s shrines.  They come in the hope that if they sleep in the temple sanctuary hall, Kannon will appear in their dreams.  It is said she removes incurable diseases, comforts the inconsolable, and brings dreamers a glimpse of their fates.  Through interpreting the energies of her verses, these powers become your own.

In China, hsiang is the capacity to recognize images as symbols.  Like dream images, symbols connect the invisible world of the spirit to the visible world of your daily life.  Symbols are gateways into other worlds.  They bridge the worlds by connecting us to the mystery of the thing they represent.  Dreams, poems, shamans and Bodhisattvas use symbols because they speak to the whole mind.  Being thought-forms, they are easily transported from mind to mind.

The Greeks believed thoughts were thrown through holes in the web of time and space.  The Chinese describe these as shi, eternal present moments linking the inner and the outer worlds. 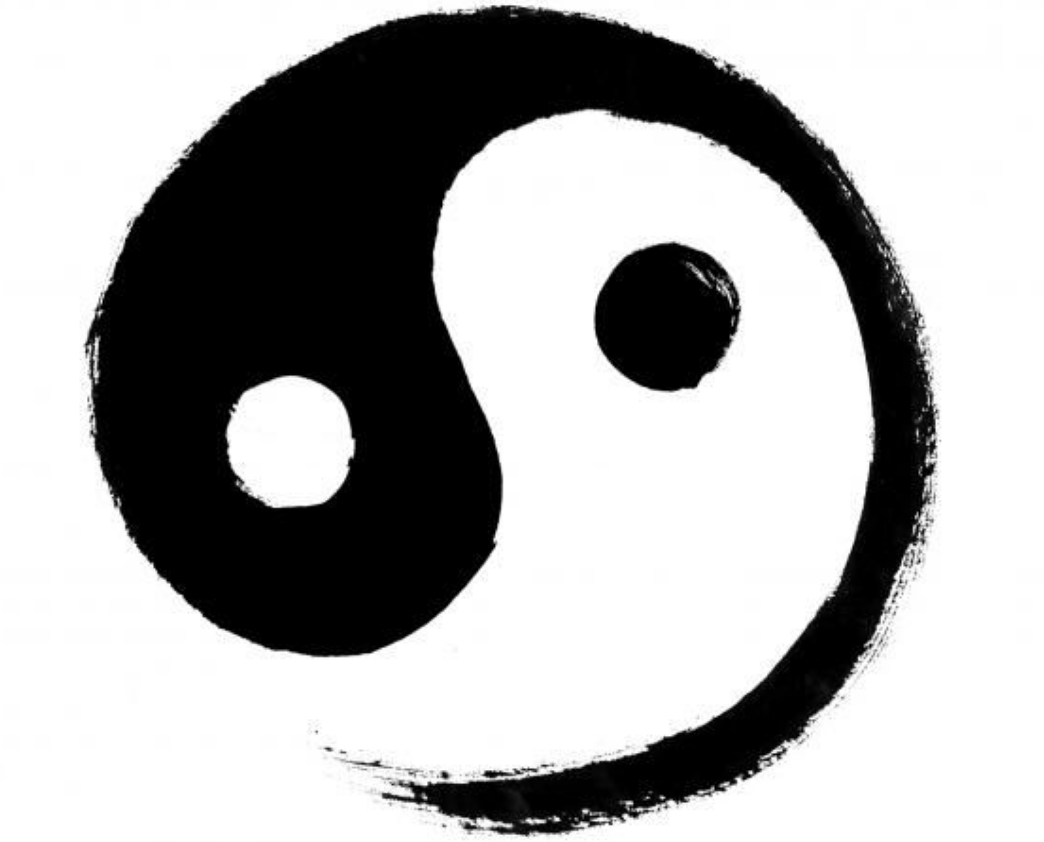 In the classical yin-yang symbol the dual nature of all things is represented by a small black dot on the yang field of white and a small white dot on the yin field of black.  These dots signify the ever-present duality that allows movement in creation, the expectancy factor.   “Both” aggressive and receptive factors of concentration can be applied to discerning context.
The dots can be seen as portals to move to the “other shore”, an opportunity to cross over into the partner verse.

Each verse contains a specific image.  These pictures capture the core message from the original translations.   A key, a broken mirror, a golden door, and a monkey, are examples of the symbols which provide the insight completes each verse’s message.    As images, they are presented in the Universal Language of Mind©, the language used in dreams.  In-depth interpretations of these are available to subscribers here at this site.

Dreaming has always been our portal into the inner worlds.  The Celts call this otherworld, the Land of the Living.  Australian aborigines say we exist in an eternal dreamtime, living out our lives beyond the illusion of being born and dying.  Tibetan Buddhist texts describe the intermediate stage existing between the ending of one state and the beginning of another.  They call this unstructured zone between birth and death, death and rebirth, the bardo.  Dreaming is a means to understand the bardo of our lives.

Dream imagery work enables you to cross over from the Tomb World where consciousness is held prisoner in a physical body limited to a five-sense perspective of reality into the Pure Land, Kuan Yin’s paradise, the Land of the Living where the broader context of life can be known.  When you make dreaming a spiritual science, you begin crossing over into the worlds of Pure Land while continuing to maintain a presence in Tomb World.  Your understanding of neither, either, yet both is evolving into wisdom, and the consciousness of the Bodhisattva is alive in you.

Read a Kuan Yin Inspired Dream & Its Interpretation in the ULM

Lucy is a Kuan Yin benefactor.  After receiving her copy of The Taraka Yoga of Kuan Yin, she went on a search for a statue of the Goddess of Mercy and Compassion.  Read about how she found the perfect statue for her, and an amazing dream that came to her that night.

Where to learn more about dreams…..

Barbara Condron, began heeding the call of her dreams in the 1960s when a nightmare lingered in her consciousness compelling her to discover its meaning. She studied and taught consciousness and dreamwork in 1970s at the School of Metaphysics, a not-for-profit 501(C)3 educational organization in the United States, where she served for 40 years.

Researching in 1980s led to organizing data in the 1990s, and the creation of www.dreamschool.org, an online website for the study of dreams and interpretation.
In the 2000s, she began researching global trends with the GLOBAL LUCID DREAMING EXPERIMENTS.  In 2009, she lead a team to create an online Dream Scholar Program, which is intended to be a certified program of dream study open to anyone willing to learn.

Now Barbara is a dream journalist. “I help people to uncover their soul’s WHY for existence, then fashion their thoughts and actions, awake and asleep, to dream that WHY into reality for increased harmony, joy, and fulfillment,” she says.  She shares the best of what life has taught her at www.masterliving.org.  Webinars, coursework, group coaching, paid speaking engagements and private consultations are ways to engage her.