To bring deeper insight into Avolakitesvara and the state of consciousness he represents….

The Heart of the Avolakitesvara 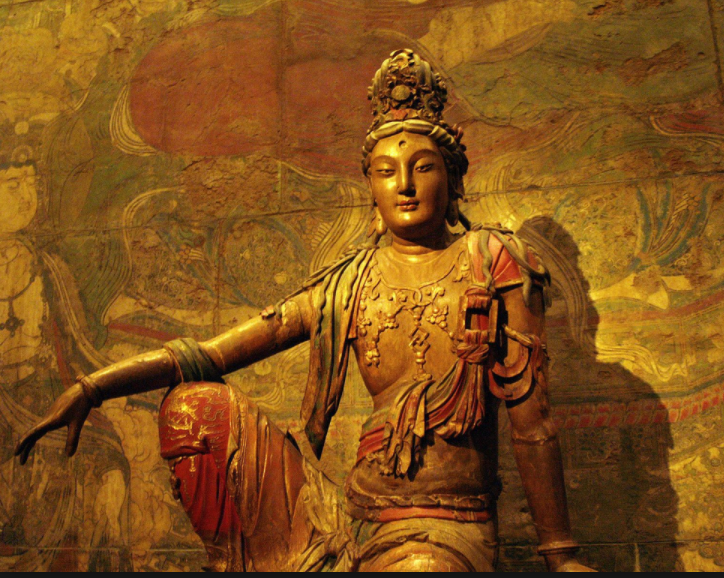 Avolakitesvara, the Bodhisattva of Compassion, meditating deeply on Perfection of Wisdom, saw clearly that the five aspects of human existence are empty, and so released himself from suffering.

Avolakitesvara represents the aggressive principle available to all human beings.  It is Avolakitesvara’s humanness that makes him accessible to us.  To know him, Self must make the mind and body suitable vessels to receive Kuan Yin, the Eastern expression of Sophia.  Sophia is the receptive principle, the partner for Jesus, who symbolizes the Avolakitesvara of the West.  She is the one who holds the master plan of Self as a Creator.  Uniting the aggressive and receptive principles in meditation, magnetizes the mind to fulfilling that master plan.  This is the evolution of Self.  This evolution is not a product of the physical world, therefore cannot be realized through the five physical senses.  When Self’s evolution is known in relation to the greater cosmic plan of Creation, we experience zero point consciousness, that time and space known as now.

The body is a form for your consciousness to use for experiencing while on the earth plane.  It is temporary, and moldable, changing with internal and external condition. In the light of Self’s maturing as a Creator, one first realizes as all bardo teach, the temporary nature of the body.  Thus attachment to the body and its senses leaves the one who is wise.

As the body is temporary, so the Mind is temporary, and moldable, and changing with internal and external conditions.  In the second bardo, the stories of the life are presented for the Self to see.  The life flashes before the eyes, it is said.  All the judgments made are seen and we remain in this space until we can neutralize the judgements we have imposed upon ourselves and others.  What replaces the judgement, in each instance, is forgiveness.  Feeling is emotion, the expression of created thought from the inner mental realms into the outer physical world.  Thought is created image, desire in its objectified form.  Will is choice, admitting the factors that influence the direction of thinking.  Consciousness is awareness, what we are willing to admit we are awake to, what we would deny we fear.  These four aspects of human existence comprise the scope of the Mind’s creative power, which is also temporary in nature.

This is the recognition of zero point.   Zero gives power to any experience.  This is the power for vertical growth, soul progression.  The power of the zero, so new in Western world thinking, yet zero has changed everything.  It allowed a means for amplification, exponential notation, a way to describe just how far it is to Pleiades and how far to the photon of light sitting on the tip of your right index finger like those 1000 angels who sit on a pin.  On the Stargate, zero point is the center channel where equanimity and humility are centered.  Zero Point is more than the present moment; it is neutrality in the now.

So, in emptiness, there is no body,
no feeling, no thought,
no will, no consciousness.

No receiver.  Remember Avolakitesvara is the male principle.  He acts.  It falls to him to direct the body and brain.  When the conscious choice is made to direct the mind’s attention to a single point of focus, the mind is completely calm, experiencing stillness.

There are no eyes, no ears,
no nose, no tongue,
no body, no brain.

It falls to him to direct the senses.
Mental attention is what acknowledges sensory stimulation.  Not every sound that reaches the body is acknowledged by the mind.  The thinker chooses where the mind’s attention is focused.  When the mind is still, the senses are calm.

There is no seeing, no hearing,
no smelling, no tasting,
no touching, no imagining.

It falls to him to direct the thoughts.
Thoughts arise

There is nothing seen, nor heard,
nor smelled, nor tasted,
nor touched, nor imagined.

That direction is toward Oneness within.

Oneness is infinite being.

There is no attainment of wisdom,
and no wisdom to attain.

In the present moment.

The Bodhisattvas rely on the Perfection of Wisdom,
and so with no delusions,
they feel no fear,
and have Nirvana here and now.

The wise ones know where they stand in evolution.  They are conscious and awake in stillness.

All the Buddhas,
past, present, and future,
rely on the Perfection of Wisdom,
and live in full enlightenment.

In this awareness, the point of focus for the awakened Ones is expressed by another Master Jesus who became the Christ as “thy will be done, on earth as it is in heaven.”

This is truth that cannot be doubted.
Say it so: 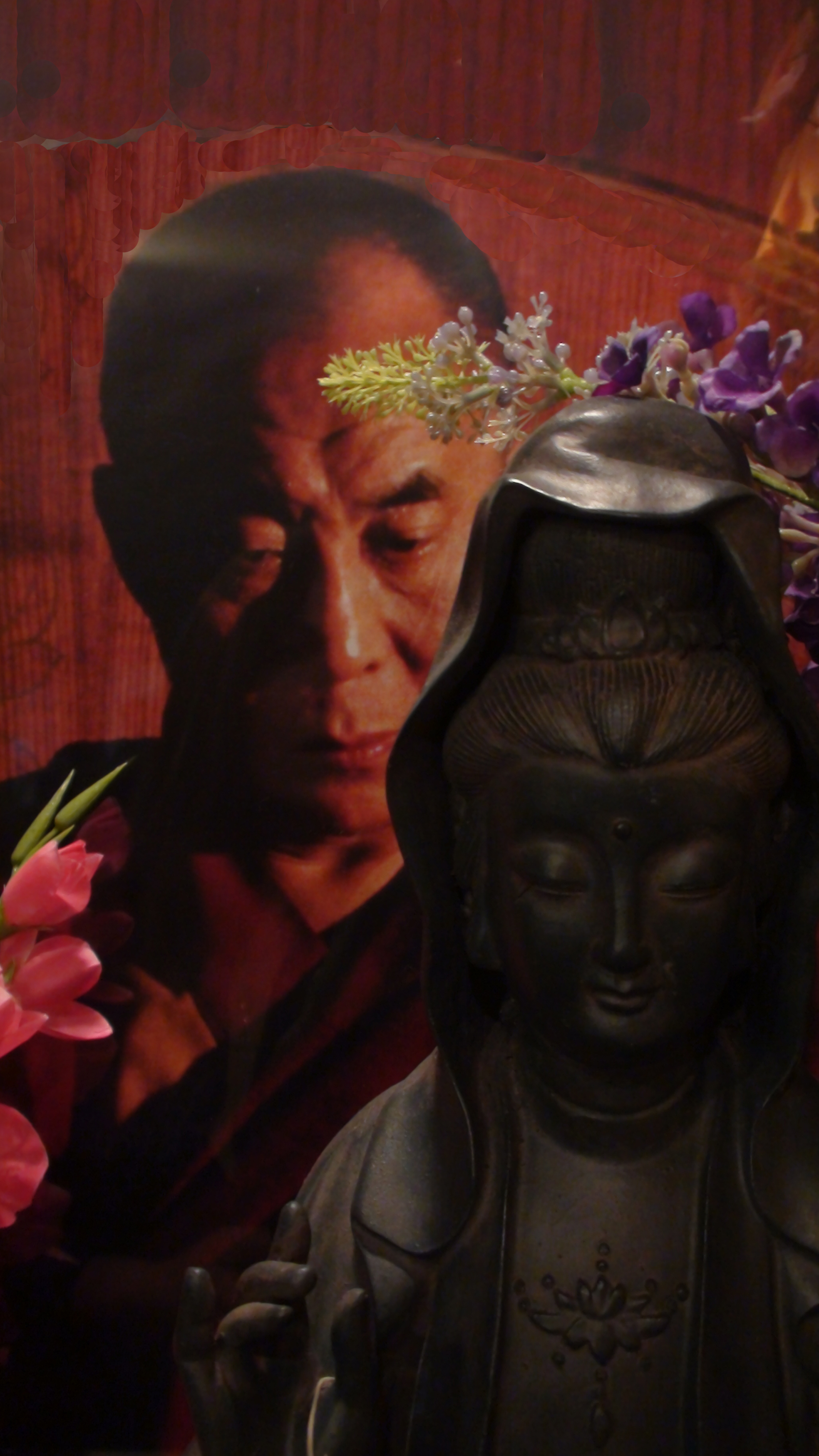 Gaté,
gaté,
paragaté,
parasamgaté.
Bodhi!
Svaha!
Which means…
Gone,
gone,
gone over,
gone fully over.
Awakened!
So be it!

Thus emptying the body and mind allows the space for crossing over into the new realm of awareness.   As Carl Jung remarked centuries later, “Your vision will become clear only when you look into your heart.  Who looks outside, dreams, who looks inside, awakens.”  This is why interpreting energies becomes the next significant advancement in the evolution of man as a reasoner and intuitive being.